WALT: think about how we advertise ourselves online.

At the beginning of the year you wrote an ‘About me’ for your blog. For this task you are going to do the same thing, but for Shrek. You need to imagine that Shrek is writing his own ‘About Me’ for his blog, and write it from his perspective.

Remember, you want to write it in a way that advertises Shrek in positive ways!

Ctrl+C and Ctrl+V on each cell in the table. Reformat it to look nice.

Kia ora, My name is Shrek. I’m an ogre human. I live in a swamp in Duloc. I have a wife named Fiona. I have 3 kids named Fergus, Farkle and Filecia. They are triplets. I am an ogre with green skin and with ears that stick out. I am strong as an ox. I have a loud and scary roar that scares other creatures and  love to workout a lot to be strong. I like to slag, I like to fish, I like my swamp, I like to take mud baths, I like to brush my teeth with bug paste. 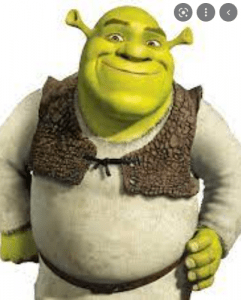 Task Description: for this task we had to write an about me piece of writing for sherk in a positive way.

Today at our school immersion assembly all the teachers preform what their team is learning about this term. 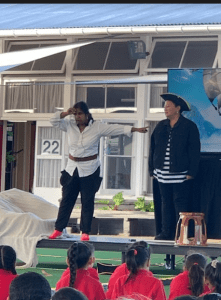 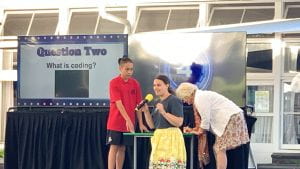 Team 4: Team 4 played a movie on the tv. sarah was a new student in pt england school. Miss tumahai was the teacher at the gate. miss tumahai gave sarah an ipad to lead her around the school. sarah found a QR code and saned it from her ipad. the ipad played a video talking about where to go. the video lead her to her class. Team 4 are learning about QR codes this term.